How To Get a Divorce When Your Spouse is in the Military?

Navigating Military Life: How to Go About Getting a Divorce

Learn how having a partner in the military can impact divorce. Choose from any of the topics below.

Getting a divorce is never easy, but the process can be even more complicated when your spouse is in the military.

A Military divorce case has its own set of unique rules and challenges, and it is vital to understand them to navigate the process.

In this article, we will explore how to get a divorce when your spouse is in the military in Arizona and answer some frequently asked questions about military divorce.

How Is a Military Divorce Different from Citizen Divorce?

Advantages of Annulment and Legal Separation for Military Couples

There may be advantages for a military couple to consider annulment or legal separation rather than divorce in certain situations. Some of the advantages may include the following:

It’s important to note that annulment and legal separation may not be possible or appropriate in every case, and each option’s advantages and disadvantages should be considered case-by-case basis.

Frequently Asked Questions About Divorce in a Military Family

Does a Military Spouse Keep Benefits After Divorce?

In Arizona, the answer to whether a spouse will keep military benefits after divorce depends on several factors. Generally, if the service member and the spouse were married for at least 10 years while the service member was actively serving in the military, then the spouse may be entitled to some of those benefits. The number of benefits that may be received will depend on how long they were married and what type of benefit it is.

For example, if it is healthcare coverage or access to base housing, then there may be continued eligibility after divorce. However, if it is a retirement pension or death benefits, then those are not likely to continue for the ex-spouse.

Will a Divorce Affect a Military Pension?

A divorce can have a significant effect on a military pension. Depending on the type of pension, it can be divided between spouses as part of the divorce settlement. In this case, one spouse may receive a portion of the other’s pension, or both parties may receive equal portions.

Suppose the couple was married for 10 years or more, and at least one of them had served in active duty for at least 20 years. In that case, the former spouse is eligible to receive a portion of the other’s retirement pay under the Uniformed Services Former Spouses’ Protection Act (USFSPA). Even if these conditions are not met, state laws may provide for the division of pensions in cases where there was an extended marriage.

Can I Get a Divorce While My Spouse is Deployed?

Yes, you can get a divorce while your spouse is deployed. However, the Service Member’s Civil Relief Act (SCRA) provides a stay of proceedings for up to 90 days for service members on active duty, which may delay the divorce proceedings.

Can I Get Alimony If My Spouse is in the Military?

Yes, you can receive alimony if your spouse is in the military. Alimony is determined on a case-by-case basis, considering factors such as the length of the marriage, the income of each spouse, and the standard of living during the marriage. 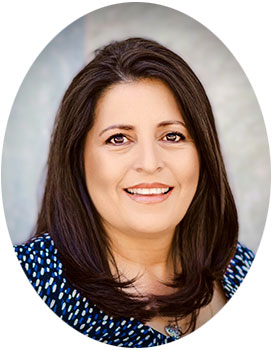 Speak with a Legal Paraprofessional Regarding Military Divorce

A step that can be taken if you see yourself facing challenges regarding divorce is to contact an experienced divorce paraprofessional at De Novo Law. The team of legal paraprofessionals will be able to concentrate on the case at hand so that you can easily make major decisions concerning divorce or legal seperation.

DISCLAIMER: The content of this site is for informational purposes only and is not intended to provide legal advice.  De Novo Law, LLC and its Legal Paraprofessionals are not attorneys and are not authorized to provide legal advice or representation beyond the areas and scope of practice for which license is held.  The transmission or receipt of any electronic correspondence or information does not create a legal paraprofessional-client relationship.

Contact De Novo Law at any time to setup a free one-on-one consultation so we can discuss your concerns.

Please Call Us at (480) 725-2200 or Fill Out the Form Below to Schedule a FREE Initial Consultation with an Affordable Legal Paraprofessional to Assist with an Arizona Divorce or other Family Law Matters.